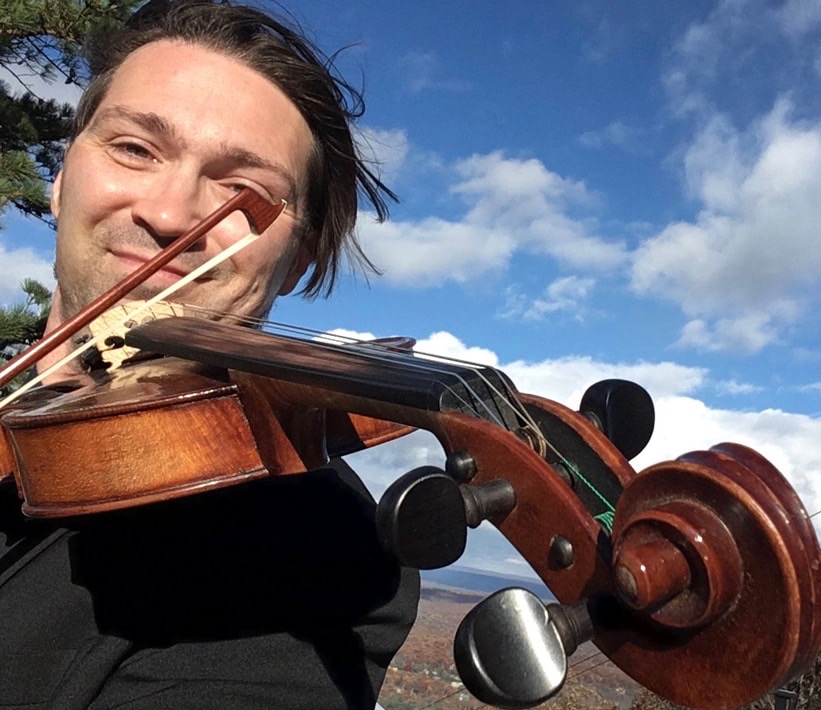 Artistic director of Conway Fine Arts, an organization dedicated to creating opportunity for professional artists and reaching new audiences, violist and conductor Geoffrey Baker performs regularly on independent chamber music series and with many fine ensembles. 2022 performances have included conducting the Monteux Festival Orchestra in Maine, the innovative Heirloom Music Festival at multiple venues in Franklin County in western Massachusetts, a Ukraine benefit concert featuring Shostakovich’s Quartet No. 8 in c minor performed shortly after the invasion at Gateway City Arts in Holyoke, Massachusetts, and leading the Opus Amadeus ensemble in arias from Handel’s Messiah and baroque concerti at Holy Family church in Deerfield. Concerts during the recent pandemic and earlier included an outdoor series of great string quartets by fine musicians of the San Francisco Bay area with ‘Concerts in the Park’ in Piedmont, California, an appearance with the Gabriel Ensemble near Pottsville, Pennsylvania, the ‘Mozart at Monteux’ festival in Maine, and ‘Concerts on the Square’ at the Ethical Society on Rittenhouse Square in Philadelphia, a series which Geoffrey designed and produced, collaborating with cellist Douglas McNames, a frequent guest of the Philadelphia Orchestra, grand prize winner of the Fischoff competition, and noted period musician.

Geoffrey earned degrees at the Peabody Conservatory and the Yale School of Music and also attended Northern Illinois University and the Eastman School where he studied with Jesse Levine, Joseph de Pasquale, Richard Young, and the Tokyo and Vermeer string quartets. In France, he performed in masterclasses given by violinist Gérard Poulet and violist Tasso Adamopoulos. .

After moving to Northampton, Massachusetts, from California at the beginning of 2021, Geoffrey is now based nearby in Conway.